Elysia’s guest post is the 9th post in the segment on my blog, called “The Reality Of…” which gives others the ability to share their story and raise awareness of the disabilities, illnesses, impairments and invisible illnesses that they have.

Hi there! My name is Elysia, I’m 23 from Manchester in the UK. Today I’m going to be writing a post for Undercover Superhero all about my condition. It’s all about raising awareness for a condition that I have called PCOS. It’s a hormone imbalance and it’s something many people haven’t heard of. I’m here because I want people to know it exists and the signs that you might have it. 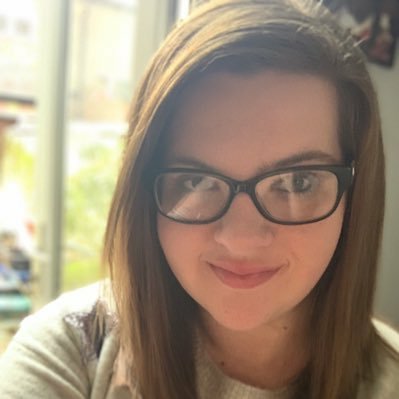 So, a little bit more about my condition. Like I said it’s called PCOS, that stands for Poly Cystic Ovary Syndrome. It’s a condition that causes small, harmless cysts on my ovaries which causes them to be pretty out of whack. It affects 1 out of 10 women, which is abut 3.5 million, so it’s quite common. But, over half the women who have PCOS, don’t experience any symptoms so it can be difficult to diagnose.

Some of the symptoms of PCOS are:

How It Affects Me

Now, while this condition isn’t life threatening or dangerous, it is not nice for women who have it. It’s taken me a long time to come to terms with the symptoms and what they mean for me but I do still struggle. The hair growth is probably the worst for me as it is embarrassing. I have to shave three or four times a week as I grow facial hair. Now I can joke about it (I say I can grow a better beard than my boyfriend) but it still is a big problem for me.

The main thing that has stuck with me since my first diagnosis is the worst thing that isn’t a symptom, it’s a side affect. It’s difficult to have children. It’s hard to get pregnant but, once pregnant, it can be hard to carry as well. This is a major problem for me because I’ve always wanted to be a mum so it’s something that I hope I can overcome this in the future. There are ways to get passed this, diet and such, so I’m hoping that when I’m ready I can have children.

The last thing I want to say about PCOS is if you think you have any of the symptoms I mentioned before, make sure you go to your doctors and if they ‘fob you off’, then don’t take no for an answer. Keep pushing for a diagnosis and if the medication they put you on doesn’t agree with you, tell them. Trust me, I waited too long to understand my condition and too long hating my own body because I didn’t understand it. If you have any questions, my DM’s are open over onTwitter.

In the spirit of Undercover Superhero’s blog, I would say my favourite superhero is Black Widow. She’s epic without having any extra powers!

Thanks Elysia for sharing your story with my readers and me!