It’s really bizarre to think that there’s only 1 month to go until a new decade begins!

Sadly, Loki passed away on 1st November. He was 4 years and 5 months old. He was his usual active self the night before. Unfortunately, Guinea pigs are prey animals which means they often don’t show when they are unwell.

As much as I love Thor, Loki had a stronger bond with me. He was always kissing my nose, or my cheek when I was feeling low. He loved his cuddles with me, to the point where if he needed to wee or poop then he would scurry over to Ewan, do his business then jump back on my lap for more cuddles. 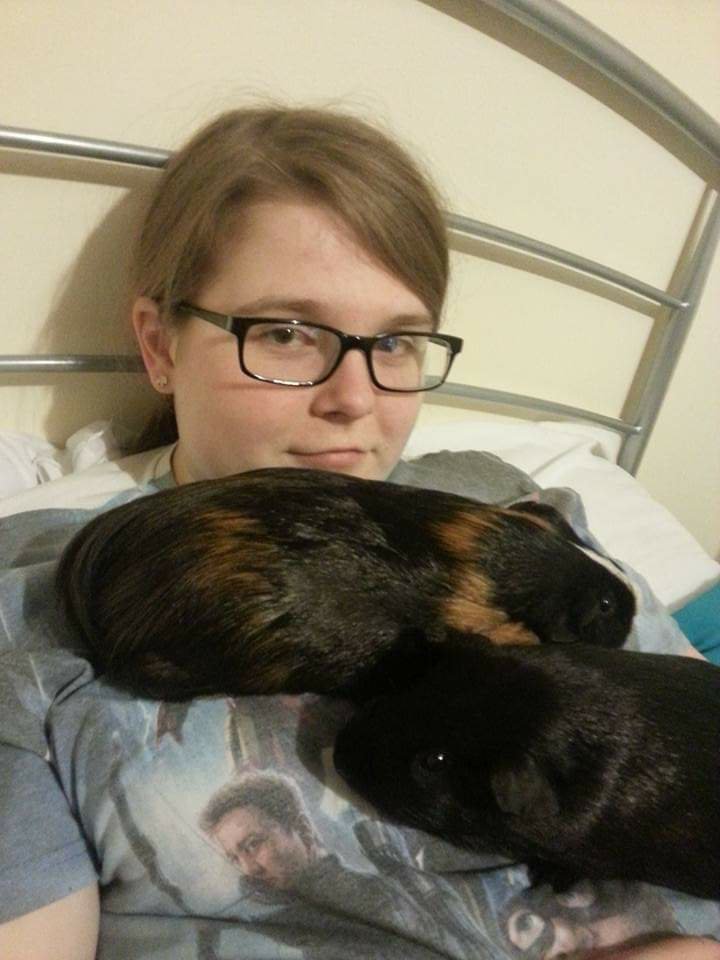 Not long after we adopted the boys, we tested different fruit and veg to see what they would like. Loki was clearly obsessed with kale! He got so excited that he actually dive-bombed into the bag of kale!

He definitely lived up to his name 💚

“I’m trying to end the stigma of being different and raise awareness for epilepsy so able-bodied and the disabled can live peacefully together in one community – without discrimination and ableism.”

If you watch my latest new food challenge, then you will see I start to hold my sides. Pain gradually took over and I felt like I couldn’t breathe properly. I’ve experienced this throughout this year but not to this severity.

To cut a long eventful day short, I was eventually taken to see my GP before they closed for the day. His opinion was that it could just be a nerve thing.

The second GP I saw, 2 days later, was really nice and listened to me. He admitted that he isn’t an expert in neurology but from what I told him, he thought it was connected with Transverse Myelitis.

An M.S Hug feels like someone is squeezing your chest or ribs and it’s really bloody painful! The pain, for me, can vary anything from minutes up to an hour.

Unwanted Life shares their story of many years of going undiagnosed and a chance encounter where they receive a long-awaited diagnosis.

“Every time I tried to work out, I would suddenly feel extremely dizzy, my balance would go, my eyes would feel different, and I’d start to get complete muscle weakness.”

I Received A Letter

Remember last month I mentioned that I had been nominated for a Scope award?

Well…it was confirmed that I had been awarded the Gamechanger Award!!

I was shaking, I was crying, I couldn’t believe it!

The Gamechanger Award is awarded to disabled volunteers who are pushing boundaries and driving social change. Also, for my dedication to Scope’s Online Community, my involvement with the Travel Fair campaign and completing the Superhero Tri.

It’s nice to be recognised, but I never wanted to do all of this to be recognised. I started it because I want to see attitudes change, stigma removed and show my passion for raising awareness.

I woke up in a lot of pain over the weekend, it was all across my lower back. I really struggled to move and even use the Ross Return. I was still in a lot of pain when recording my new food challenge but I stuck with it.

Thankfully the pain has gone now.

Shannon talks about being diagnosed with Psoriatic Arthritis and how he manages the condition.

“I have constant pain all over; when I walk it feels like I’m walking on hot glass – my feet burn, my knees burn, my hips burn and I get sharp pains in them all.”

I’d been thinking for many months whether I should get a phone. I no longer saw the point in having one due to my hearing loss which is why I refused to have a phone since 2017.

But since I’ve been experiencing these M.S Hugs more frequently, I’m worried about being left on my own so I thought a phone would be a good idea so I can alert Mum or Ewan that I’m having a flare up.

It does feel weird to be using a phone again but it’s nice being able to text people again!

I Saw My Neurologist and I Received A New Diagnosis

I see my neurologist every 6 months, but this one I had been dreading. I always dread updating a consultant with any new symptoms I’ve been experiencing. Plus, I would finally find out if I have Mitochondrial Disease.

The new symptom I explained about, the M.S Hug, as soon as I described the whereabouts of the pain and how it felt, he knew straight away it was a M.S Hug.

My biochemistry results from my muscle biopsy showed signs of Mitochondrial. In a way, I’m relieved to finally know what caused my hearing loss, vision loss and Ataxia, but I’m scared of the future.

I don’t know if I’ve had the disease from birth, or if it just suddenly showed itself in my early adult years.

I was supposed to see a neurologist who specialises in the disease but it had to be rescheduled for early next month as I’ve not been well.

Next part of my journey, Learning To Breathe Again: Part 2

“With everything that had happened throughout the past year, I felt like my time was limited and if Mitrochondrial was the cause of it all, and with how quickly my health deteriorated, I assumed it was just going to get worse and worse.”

Tis the Season to be Ill

Ugh! My throat became so sore that I couldn’t speak, and I had to use my old faithful… 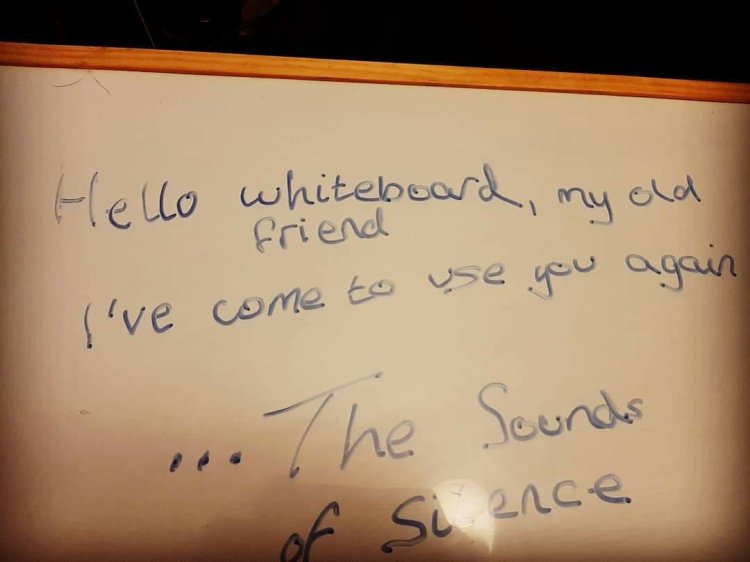 Then a horrible and painful cold hit me, kept me awake a few nights, my eyes, head and cheeks were in agony!

Thankfully, it’s all gone now, but that was the most painful cold I’ve ever had!

My good friend Koral, from The Unsanity, asked if I would like to feature in her guest post series, and I love writing guest posts so of course I said yes!

In my guest post, I’m Fine – How Often Do We Mean It? I give my opinion on what the reasons could be behind the reason of saying “I’m Fine”.

We Got Tickets To Naidex!

Naidex is a popular event where the public, healthcare professionals and trade professionals come together and explore the future of independent living.

I really wanted to go this year, but I wouldn’t have been able to book accommodation in time. So, I was determined to make sure we got tickets for Naidex 2020!

Which we did! Yay! Hotel is pre-cooked too, it turns out we will be in Birmingham on Ewan’s birthday which will be different. We have never been to Birmingham before so I’m nervous, but excited!

I received my Gamechanger Award, from Scope, along with a certificate. I still can’t get my head around that I’ve won an award! 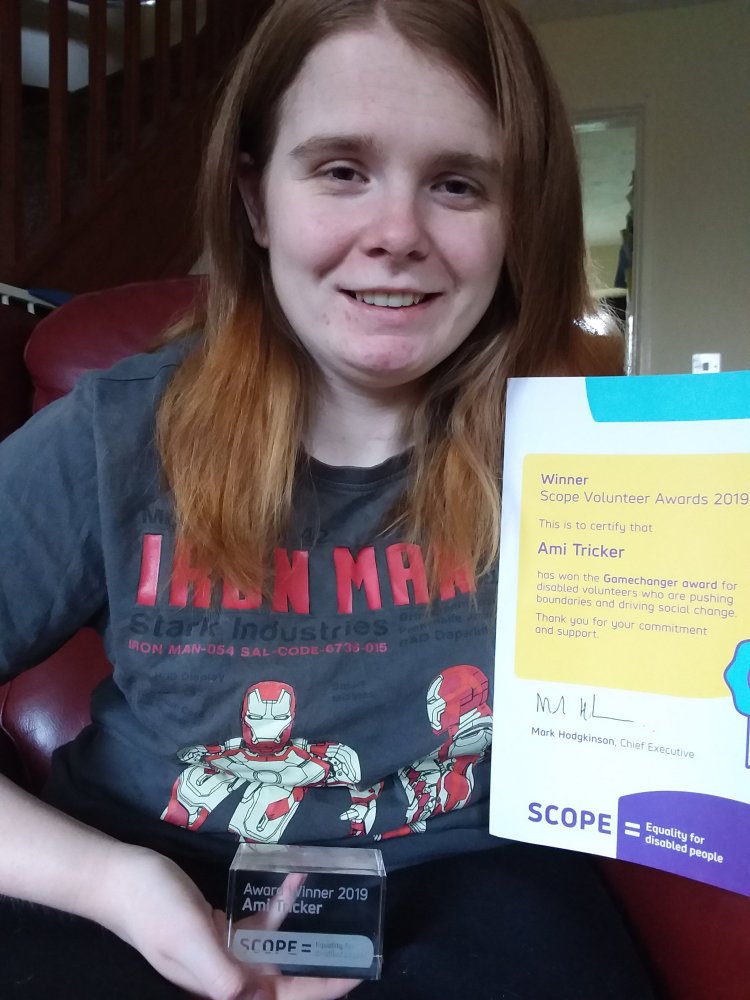 And what a year it’s been! I will do a lengthier post soon. Ewan and I presented a cheque of £600 to rehab, £300 each for the physiotherapy department and occupational therapy department, which was made up from the donations by our wedding guests, friends and family.

I will upload the pictures when they’ve been released.

“Access For Us is a non-profit blog, raising awareness for disabled fans. Thanks to fans sharing their stories we hope to create change towards the lack of accessibility, and the discrimination towards disabled music fans at venues across the country, and via online ticket systems.” – Access For Us

I was asked by one of the co-founders, Holly, if I would like to share my experience of facing barriers when attending live events.

It was a tough one to write as music was a big part of my life, however, if I didn’t speak up about it, then how could things change?

In my guest post, Will I ever be able to enjoy concerts again? I talk about the barriers I’ve come up against due to my disabilities. I also try and think of ways how the live events industry could change in ways to accommodate someone with needs like mine.

November has been an extremely tough month for me, with regards to my health.

Which is why I’m taking a break.

I need to do a lot of work on my blog, updating old content and tidying areas up. I also want to catch up on writing and figure out a schedule for the new year.

Aside from blogging, I need some time to focus on my health, it’s taken a big dip and I’m not sure if that’s due to the weather or just the year catching up with me.

There will be a couple of posts throughout December but no specific dates in mind.

I will still be about on social media so please say hello or drop me a message if you want a catch up!

I will come back stronger but for now, I need time.

See you all soon!

8 thoughts on “November Round Up”